Everything you need to know about venture investing…
A successful investor is an Informed Investor!

c Expand All C Collapse All
a

What is Angel Investing?

An angel investor (also known as a private investor, seed investor or angel funder) is a high net worth individual that is considered to be an “Accredited Investors” who provides financial backing for small startups or entrepreneurs, typically in exchange for ownership equity in the company. Often, angel investors are found among an entrepreneur’s family and friends. The funds that angel investors provide may be a one-time investment to help the business get off the ground or an ongoing injection to support and carry the company through its difficult early stages.

Essentially these individuals both have the finances and desire to provide funding for startups. This is welcomed by cash-hungry startups who find angel investors to be far more appealing than other, more predatory, forms of funding. For the most part, Angel investors are survey and experienced business professionals that understand the risk-reward dynamic in high-risk investments.

Who is considered to be an Accredited Investor?

Angel investors are normally individuals who have gained “accredited investor” status but this isn’t a prerequisite. The Securities and Exchange Commission (SEC) Reg-D defines an “accredited investor” as one with a net worth of $1M in assets or more (excluding personal residences), or have earned $200k in income for the previous two years, or having a combined income of $300k for married couples.2 Conversely, being an accredited investor is not synonymous with being an angel investor.
or;
Any entity in which all of the equity owners are accredited, investors.
or;
Any trust, with total assets in excess of $5 million, not formed to specifically purchase the subject securities, whose purchase is directed by a sophisticated person

This regulation is designed to provide a certain level of a safety net to the investor and to ensure that they will not be taking advantage or be defrauded by unqualified entities that are dealing with and or selling securities to the public.

What is Venture Capital Investing?

Venture capital is a form of private equity and a type of financing that investors provide to startups or early-stage companies and small businesses that are believed to have long terms of growth potential. Venture capital generally comes from well-off investors, investment banks, and any other financial institutions. Venture capital, for the most part, is structured as an investment fund that the source of capital comes from private and public capital such as pension funds, retirement accounts, hedge funds, and other long term investments, typically allocated to small companies with exceptional growth potential, or to companies that have grown quickly and appear poised to continue to expand.

Though it can be risky for investors who put up funds, the potential for above-average returns is an attractive payoff. For new companies or ventures that have a limited operating history (under two years), venture capital funding is increasingly becoming a popular – even essential – source for raising capital, especially if they lack access to capital markets, bank loans, or other debt instruments. The main downside is that the investors usually get equity in the company, and, thus, a say in company decisions.

In a venture capital deal, large ownership chunks of a company are created and sold to a few investors through independent  LP or SPV that are established by venture capital firms. Sometimes these partnerships consist of a pool of several similar companies. One important difference between venture capital and other private equity deals, however, is that venture capital tends to focus on emerging companies seeking substantial funds, between $1M-$5M for the first time, much larger than Angel Investors, between $250-$1M while PE firms tend to fund event larger, typically $5M plus into more established companies that are seeking an equity infusion or a chance for company founders to transfer some of their ownership stakes. A typical VC charged the investors what called the 2/20. This means that they receive a 2% management fee of the total capital under management in addition to sharing 20% of the upside performance of the fund after the investors repaid their initial investment. The entry-level into a VC fund is typical $500K and up.

How much should I allocate to Angel Investing?

Data that was collected from thousands of active angel investors the common consensus is that venture investing should be in a range of 12-18% of your overall investment portfolio depending on your personal risk – profile. Public companies, REITs, and ETFs make up the majority of my investments. They provide me with a stable source of income and flexibility because they are dividend-generating, liquid investments. I can buy and sell them whenever I like. As you know, investing in early-stage companies doesn’t provide any current income and the investments are not liquid. It’s extremely difficult to sell these securities.

The answer to the question about should it be more or less is a very personal choice. The way you should look at it is, you have financial responsibilities to your family. Taking a more aggressive approach to angel investors would limit your choices as a family in the near term. You need to see if you are willing to make those sacrifices right now. 15% allocation to angel investing means you will be deeply involved in this asset class and will be able to build a portfolio that is reasonably large at 30+ companies.

After 4 full years based on the above scenario, you will have a portfolio with approximately 12 companies (don’t forget you might have an early failure or acquisition), and you will have invested somewhere in the neighborhood of $200,000 to $250,000. Not coincidentally, We believe this is the minimum amount you should reserve for building an angel investment portfolio. Anything less than that amount and you won’t have invested in enough companies. So if you aren’t comfortable committing $250,000 to angel investing over a 4 year period, you might not want to start.

Let’s examine another scenario. If an angel builds a portfolio closer to your recommended range of 20+ companies where the investment pace is 6 new deals a year, the math works out to something like this. Assuming $25,000 for the initial round and allocating funds for follow-on rounds, an angel will invest over $1,000,000 dollars in a 4 to 5-year time frame. If you keep to the 5% to 10% of your overall investable net worth, such an angel should have an overall investment portfolio of between $10,000,000 and $20,000,000.

What is a Syndication or Angel Group?

For an investor, there’s no greater thrill than getting behind a promising new business early on and helping to make it a success. Today, there are roughly 300,000 Americans who, as angel investors for startups, attempt to do just that.

But because we all cannot be a Jeff Bezos, it’s generally wise to team up with an investor group. Even if you make it over the SEC’s regulatory hurdle, having any real success usually means joining a group of other “angels” who can share the due diligence responsibilities as well as the initial seed capital.

The good news for early-stage investors is that the number of angel funding groups in the U.S. has exploded over the past couple of decades. According to the Angel Capital Association (ACA), there are now three times as many groups as there were in 1999. In 2019, ACA membership consisted of 275 angel groups, with an estimated 400 total groups in the U.S.

Though attending monthly or quarterly meetings might sound like a lot of work, there are some important reasons why the team approach is popular among angel investors. Most young companies are seeking more cash than any single investor is willing to put up—often upward of $1 million. By dividing that ownership stake among several investors, an individual may only need to kick in say $25,000 to $50,000 on a single deal.

Perhaps the biggest advantage of joining a well-organized group, however, is being able to learn about more deals and more critically have a full stack backroom support with all the necessary resources. Angel investing is by its nature a high-risk high-reward proposition. As such, most experts suggest having a portfolio of at least 10 companies in order to protect your capital. It certainly helps to have access to a steady flow of highly qualified and vetted deals —something that’s hard to achieve if you’re going solo with regard to angel investing.

If you like the idea of joining up with other investors but don’t want the commitment of a traditional investing group, you do have an alternative. Online syndicates such as AngelList and others to allow high-net-worth individuals to work together on deals, often with no annual fees and no meetings.

The Value of an Angel Fund?

What is an SPV?

What is the average lifecycle of my Investment?

How liquid my investment is?

What is the difference between a Convertible Note Vs. SAFE Note?

What is a Priced Round or Equity Round?

How does it compare to all other investments assets classes?

What are the Tax benefits available?

Where is the best place to start my journey?

Permalink
Back to Top 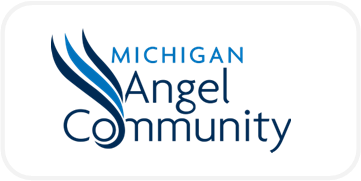 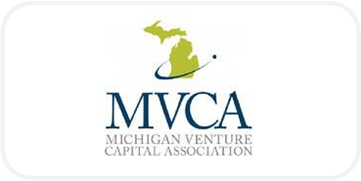 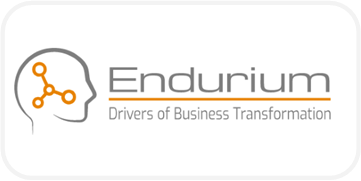 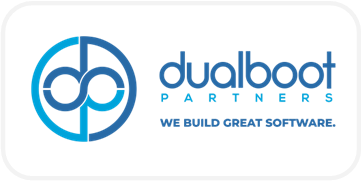